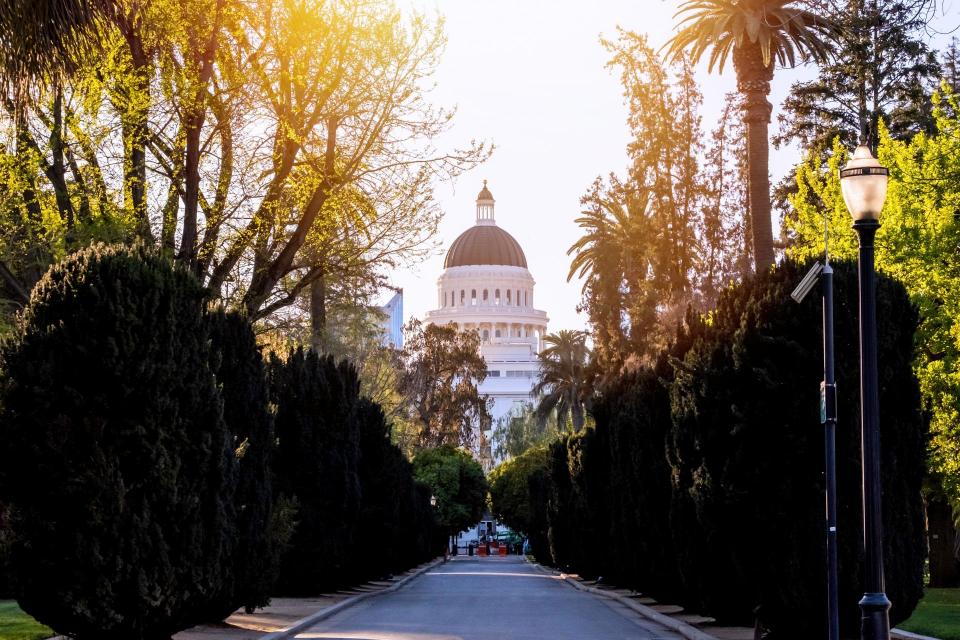 How far back in time should one be allowed to go in filing a lawsuit against others for damages stemming from past acts? The answer is found in the applicable statute of limitations for the specific wrong sued upon. For assault that period is two years. CCP § 335.1. An exception is made for prospective plaintiffs who did not discover, say due to their unconsciousness when the assault occurred; then it is two years from the “discovery” date. Courts can also determine on a case-by-case basis whether the facts warrant equitable tolling of the prescribed limitation period.

Statutes of limitation (“SOLs”) serve the salutary public purpose of “preventing the assertion of demands which through the unexcused lapse of time, have been rendered difficult or impossible to defend.” Addison v. California (1978) 21 Cal.3d 313, 317. “Statutes of limitation reflect a balance of the interests of the litigants.” County of San Diego v. Sanfax Corp. (1977) 19 Cal.3d 862, 886. They motivate plaintiffs to act diligently and protect defendants from having to defend against stale claims.

“Balance,” however, has been cast aside by the Legislature when it comes to adult sexual assaults. For these wrongs, the SOL in Code of Civil Procedure § 340.16 for civil damage lawsuits was expanded in 2019 from three years after the assault or three years from discovery of it or its consequent injuries, to 10 years or 3 years from discovery. Since then, the California Supreme Court has remarked that “[a] 10-year statute of limitations . . . is so ‘exceptionally long’ that it ‘indicates the Legislature’s effort to provide…a reasonable time to file suit.” St. Francis Memorial Hospital v. State Department of Public Health (2020) 9 Cal.5th 710, 720.

As if this was not long enough, however, the Legislature keeps tacking onto CCP 340.16 what it calls “look back” or “revival windows.” These euphemistic labels refer to legislation allowing those who feel they have been injured to sue for damages regardless of whether the SOL has expired. Unsurprisingly, the Legislature usually exempts itself and other public agencies from this “reach back” in time for liability it regularly imposes on private sector defendants. (Legislators preach “equality” for all but often practice the opposite when writing laws that would impact themselves or other governmental bodies.) Revival windows can remain “open” for anywhere from one to several years, and have been serially extended once the last “look back” period ends.

AB 2777 (Assemblymember Buffy Wicks, D-Oakland) is the most recent example of “revival” windows run amok for CCP § 340.16. The Assembly Judiciary Committee, the first legislative hurdle the bill must surmount to become law, voted to approve it on May 3. It was amended there to revive claims extinguished by the existing 10-year (or 3 years from time of discovery) SOL for “adult sexual assault” so long as a prospective plaintiff files suit before 2027.

Despite the 2019 expansion of the limitations period for adult sexual assault lawsuits, the Committee Analysis (“Analysis”) claims a new “look back” provision is necessary because that version was intended to apply “retroactively” – i.e., foisting upon defendants new and onerous legal consequences for past conduct – but since that intention was not made express it could not be enforced.

That the Legislature somehow forgot how to make a statute retroactive seems doubtful. That dubiety increases to incredulity given the two successive one-year “revival” provisions added to section 340.16 in 2020 and 2021 by Wicks, each of which gave another one-year period from the date of their enactments to prospective plaintiffs to sue USC and UCLA health clinics for more than $250,000 for currently prohibited conduct going back to 1988. In other words, these past two express revival windows effectively operated as retroactive legislation.

Two back-to-back one-year revival periods should obviate the need for tacking on a third as AB 2777 does, but the legislative drumbeat apparently goes on ad infinitum. This time around, the “look back” for adult sexual assault stops at the year 2009, 10 years before the 10-year limitations period for these offenses was first expanded.

While the Analysis acknowledges that end-running the prescribed SOL by revival provisions will lead to “surprise” litigation of claims where “evidence has been lost, memories have faded, and witnesses have disappeared,” the Committee obviously felt that plaintiffs’ right to prosecute defendants for offenses going far back in time is more important than the right of defendants to be free from stale claims. Indeed, the Analysis suggests it “may be appropriate to…abolish the statute of limitations for bringing civil actions based upon sexual assault.”

Abolishing civil SOLs for sexual abuse claims is a surefire way to spur perpetual litigation and a flurry of shakedown lawsuits. When past offenses become so timeworn there is no evidence except a plaintiff’s and defendant’s differing recollections, the threatened filing of such suits to a defendant’s reputation operates as a powerful in terrorem threat to pay-up or be forever ruined.

A conflict in the Analysis suggests an unspoken reason animating AB 2777 that legislators are reluctant to publicly admit or address. That Analysis castigates the criminal justice system as “a source of further distress for victims of sexual assault,” who experience it as a “place that re-traumatizes and even harms them.” If criminal prosecution for the same offenses proscribed by AB 2777 are traumatic for victims, why are civil prosecutions by them for damages any less so? Clearly not. The only real difference between the traumatizing aspects of criminal and civil prosecutions on behalf of sexual assault victims is the end-game result if they are successful: in the criminal context offenders pay by being sent to prison, while in civil litigation offenders pay money to plaintiffs.

Therein lies an unspoken major reason behind AB 2777’s enactment – money, or what legendary Assembly Speaker Jess Unruh called the “mother’s milk of politics.” Besides the adult victims of sexual abuse, two other beneficiaries and promoters of its passage are plaintiffs’ attorneys and legislators themselves. The attorneys get a sizable “piece of the action” for claims settled or adjudicated in their clients’ favor, typically 40% of the total settlement or award plus reimbursement for the costs of suit. Legislators, in turn, are frequent parasitic beneficiaries from plaintiff attorney contributions to their campaign coffers. That is why in the two past revival provisions to section 340.16, the organized contingency fee bar was front and center in their support. This time around that group is not yet listed as a supporter of AB 2777, but its fingerprints are plainly on this bill.

Why AB 2777 will leverage increased settlements for stale claims

That this third “revival” window is likely to result in increased settlements for plaintiffs whose claims have otherwise lapsed due to the passage of time is evident by the new offense of a “cover-up” in AB 2777. A “cover-up” is broadly defined by the bill as conduct that “incentivizes individuals to remain silent or prevent information relating to a sexual assault or other inappropriate conduct, communication, or activity from becoming public.” Nondisclosure or confidentiality agreements are listed as examples of a “cover-up.” While current law bars such agreements following the filing of a civil complaint for sexual assault, harassment or discrimination, negotiations leading up to such agreements that take place before the filing of a lawsuit are permissible. CCP §§ 1001 & 1002. If AB 2777 becomes law, a plaintiff who has not yet filed a civil complaint for a sexual offense but has been negotiating a pre-litigation settlement with the defendant, including a possible confidentiality or nondisclosure agreement, can now add the “cover-up” charge for additional damages and has until 2024 to file that claim. This “added value” to the claim further leverages settlement for plaintiffs and their counsel against defendants where there are no witnesses or tangible evidence that an assault happened.

Though the Legislature and other governmental bodies are completely relieved from AB 2777’s draconian provisions, private individuals and businesses are saddled with its burdens. This legislative hypocrisy is rhythmically displayed, especially when it comes to measures that symbiotically benefit the organized contingency fee bar. The Analysis suggests that the author of the bill may wish to mend this lacuna by making state and local governments liable for the same obligations it imposes on everyone else.

Maybe yes and maybe no. Keeping the public purse immune from having to pay for such claims allows the bill to escape being heard by the Appropriations Committee. And while Legislators seem eager to spend taxpayer money for whatever cause du jour, if they don’t also require an annual accounting of how much AB 2777 is costing taxpayers and private parties, we’ll never know or know too late to save us from this legislative folly. This suppression of information is expensive and hard to justify given the likely uptick in timeworn claims the enactment of AB 2777 forebodes.